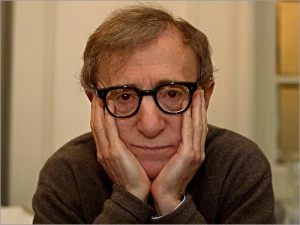 I’ll be honest. I was a little bit disappointed with Blue Jasmine.

It certainly wasn’t a Woody Allen clunker like Celebrity or Curse of the Jade Scorpion or Small Time Crooks, but it wasn’t up their with his best work. It was better than his middle-of-the-road stuff, and neatly reflected in the IMDB  score of 7.4 out 10. 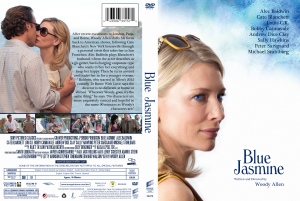 The acting was excellent, particularly Cate Blanchette as Jasmine – the neurotic, snobby and materialistic New York socialite brought down to earth by the scandal of her New York husband’s Hal’s  (Alec Baldwin) Bernie Madoff-like fraud, who flees to San Francisco to start her life over. There are also excellent performances by Sally Hawkins (who plays her sister Ginger) Andrew Dice Clay (Ginger’s ex-husband) and Bobby Cannavale (Ginger’s cocky love-struck boyfriend).

For me, the film started incredibly strongly and then just lost momentum two-thirds of the way through with an obscure, annoying ending (I won’t spoil it for those who have not seen it). It felt like Woody Allen wrote the film mainly to win an Oscar for Cate Blanchette – roles involving dysfunctional, intense female characters having a history of Oscar success, consider: Angelina Jolie in Girl Interrupted, Jennifer Lawrence in Silver Linings Playbook, Natalie Portman in Black Swan to name just three (all far better films than Blue Jasmine).

Blue Jasmine is worth watching for the acting and some excellent scenes, but if you want to watch classic Woody Allen at his best, there are more than a dozen films that are better from his vast oeuvre going back five decades.

For Woody Allen novices, these are five of my favourites, all absolute classics:

Woody Allen’s greatest cinematic achievement. Interweaves multiple plotlines in a film about the nature of comedy, guilt, forgiveness, betrayal and love. Incredible performances from Martin Landau, Angelica Huston, Alan Alda, Sam Waterston, Mia Farrow and Jerry Orbach. Some of his funniest jokes, some of his most poignant moments in film. IMDB rating 8.0

Judah Rosenthal: I remember my father telling me, “The eyes of God are on us always.” The eyes of God. What a phrase to a young boy. What were God’s eyes like? Unimaginably penetrating, intense eyes, I assumed. And I wonder if it was just a coincidence I made my specialty ophthalmology.

Annie Hall: Sometimes I ask myself how I’d stand up under torture.
Alvy Singer: You? You kiddin’? If the Gestapo would take away your Bloomingdale’s charge card, you’d tell ’em everything.

Shot beautifully in black and white to the music of George Gershwin, this is Woody Allen’s homage to his favourite city, New York. It stars Allen as Isaac Davis, a divorced writer of TV shows caught in a dubious love affair with teenage Tracy, (a very young Mariel Hemingway), but who falls in love with his best friend’s mistress (Diane Keaton). IMDB rating 8.0

Isaac Davis: My analyst warned me, but you were so beautiful I got another analyst.

Set in London high society, a tennis professional (Jonathan Rhys Myers) engages in a steamy affair with visiting American Nola Rice (Scarlett Johansson) while engaged to Chloe (Emily Mortimor) the innocent daughter of a wealthy family. A film that examines the nature of good and evil, temptation and fidelity and injustice. IMDB rating 7.7

Christopher “Chris” Wilton: It would be fitting if I were apprehended… and punished. At least there would be some small sign of justice – some small measure of hope for the possibility of meaning.

Allan: If that plane leaves the ground, and you’re not on it with him, you’ll regret it – maybe not today, maybe not tomorrow, but soon, and for the rest of your life.
Linda: That’s beautiful!
Allan: It’s from Casablanca; I waited my whole life to say it.

And here’s a whole bunch more to add to your “Must watch” list: