Perhaps you remember this ad:

It was an anti-piracy commercial warning the DVD viewer that downloading pirated movies was the same as stealing a car, or a handbag or a television.

People who downloaded movies were very bad people, the ad insinuated, a message that was replicated around the world in similar campaigns like this:

I was reminded of this campaign strategy after reading that the Australian government under the direction of Attorney General George Brandis planned a fresh move to crack down on movie pirates. Mr Brandis said:

“The government will be considering possible mechanisms to provide a legal incentive for an internet service provider to co-operate with copyright owners in preventing infringement on their systems and networks.

“This may include looking carefully at the merits of a scheme whereby ISPs are required to issue graduated warnings to consumers who are using websites to facilitate piracy.”

It’s unlikely this will succeed.

In 2012, an Australian High Court ruled that internet service provider iiNet (the second biggest ISP in Australia) was not responsible for the conduct of its subscribers and could not be ordered to terminate services of repeat copyright offenders.The five high court judges in the case ordered Warner Bros, Disney, Fox and Paramount Pictures and 29 other companies including Australian independent distributors and TV networks under the umbrella of the Australian Federation Against Copyright Theft to pay $9 million in court costs.

In addition, prosecutions of individuals who pirate material remain rare and are primarily restricted to those who make and sell pirated DVDs (the kind you can pick up overseas or in a dodgy market for a few bucks) and the websites that host them.

Campaigns like “You wouldn’t steal car…” and more recent ones by the Intellectual Property Awareness Foundation which appeal to the public’s guilty conscience have also failed.

Australians are downloading pirated movies and TV shows in record numbers, as seen in the recent download stats for hit HBO show Game of Thrones, where they accounted for the highest proportion (around 11 per cent) of the 7.5 million people worldwide who downloaded the finale of season four within days of it being shown on pay television, according to website Torrentfreak.com.

By comparison, about 500,000 people watched the episode legally on Foxtel when it premiered. 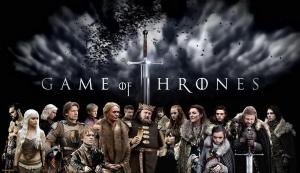 “Australia, I am sorry to say, is the worst offender of any country in the world when it comes to piracy,” Senator Brandis told the Australian Senate.

But, contrary to what’s being said, people who download or stream movies illegally (between 25 per cent and 55 per cent of Australians depending on what survey you read) are not also stealing cars or handbags or televisions. They’re not trying to put someone out of work (about 6,000 jobs are lost each year as a result of piracy) or send a production company bankrupt.

Most go to work, pay their taxes, pay their mortgage, pay for their groceries at the checkout counter and pay for their petrol after filling their tank. They’re your friends, your work colleagues, your bank manager, the guy making your chai latte at your favourite cafe, your kid’s kindergarten teacher – everyone is doing it.

The main reason people download shows illegally are convenience, to save money and anger and frustration at the cost of paying for it legally.

The internet has made it incredibly easy and safe to download or stream favourite show just by clicking on a link.

Many people are rebelling against the high cost of movies (now above $20 for some time slots), and the inflexibility and arrogance of providers like Foxtel, which does not allow subscribers to pick and choose their movie channels they want (channels are bundled) and which has a virtual monopoly on pay television in Australia, (though this is being challenged by online competitors).

There’s also the anger at service providers like Apple iTunes, which charges Australian customers between 50 and 100 per cent more for movies and music than they do customers in the US (as highlighted in the ABC’s The Checkout) for the same products

There’s nothing like the feeling that you are getting ripped off to encourage you to try and get something for free.

There’s also the harm factor. While some Australian companies may be impacted by lost revenue to piracy the public will also be aware that the really big entertainment companies are still doing rather well despite it.

Time-Warner reported revenues of US$7.5 billion for the first quarter of 2014 and earnings of $1.5 billion primarily from shows like Game of Thrones, True Detective and The Lego movie. Nobody at Time-Warner is crying poverty.

Australia’s biggest entertainment group, Seven West Media (owners of Channel 7) reported a 4 per cent rise in television revenue to $683 million for the six months to December 2013 and profits of $190 million.

Foxtel – half-owned by Rupert Murdoch’s News Corp – has 2.5 million subscribers (not far off one in two Australian households) and last year had revenues of $3.1 billion and earnings of almost $1 billion.

Add the $20 – $30 million plus some Hollywood stars get paid to appear in a single movie  and you can understand why some people’s attitudes to movie piracy is this:

Jeff Bewkes, CEO of entertainment giant Time-Warner, owner of network HBO, which produces Game of Thrones, said during an earnings call last year that having the most pirated show of the year was “a tremendous word-of-mouth thing” and “better than [winning] an Emmy.”

He wasn’t alone. Game of Thrones director David Petrarca said piracy contributed to the show’s “cultural buzz”, while author of the novels, George R.R. Martin also called it a “compliment,” (though one he would rather not receive).

Mr Bewkes compared piracy to “cable-splitting” (illegally sharing a cable subscription) and said it had in fact contributed to HBO subscriptions and greater penetration of the HBO brand.

Also interesting to note is that US movie streaming service Netflix uses piracy data to decide which shows to buy, a back-handed compliment to the tastes of online pirates.

And perhaps also a concession that piracy is part of the entertainment industry like popcorn and paparazzi – and something that they will have to learn to live with even as the authorities threaten a clampdown.

One thought on “Downloading a movie is wrong, but is it the same as stealing a car?”