Could this be a Melbourne train in a couple of year’s time? Source: http://sachinkhosla.com/fun/pakistan-train-bizarre

Those, like me, who suffer the daily train commute into Melbourne will know of the train driver who enjoys performing his stand-up comedy material.

One of his favourite lines, when the train is overcrowded, is to remind squashed passengers that “a packed train is better than no train at all”.

This, I suspect, may reflect more the prevailing Metro Trains’ attitude towards its service, than an attempt at lightening the mood.

The truth is that Melbourne’s transport network is no joke, unless you like your humour black and enjoyed from underneath a stranger’s armpit.

The city seems to be grinding towards eventual standstill and gridlock: train and tram cancellations and delays are daily occurrences; timetables have become objects of hope and derision rather than of any practical use.

Train stations have become places of confusion and chaos; on board, commuters endure sardine-like conditions, the sighs and grunts of frustrated fellow commuters, and worst of all, bad jokes from train drivers. None of this is helped by the disinterested, robot-like announcements of platform announcers, who deliver the unwelcome news with the indifference of someone reading the daily shipping report.

About the only good thing about a packed train is the lack of room for authorised officers (transport police) to patrol the carriages sniffing out fare evaders, though I wouldn’t put it past them to try.

But these problems are only the tip of the iceberg.  Rapid urbanisation and a desire to embrace Manhattan-style apartment living is bringing more and more people streaming into inner-ring suburbs of Melbourne, Sydney and Brisbane. In just one example, Melbourne’s Yarra City Council says it expects half a dozen new apartment developments to spring up along the Victorian-era streetscape of Smith Street, each adding dozens (sometimes hundreds) of new residents who will need to catch the train, tram or bus to the city. 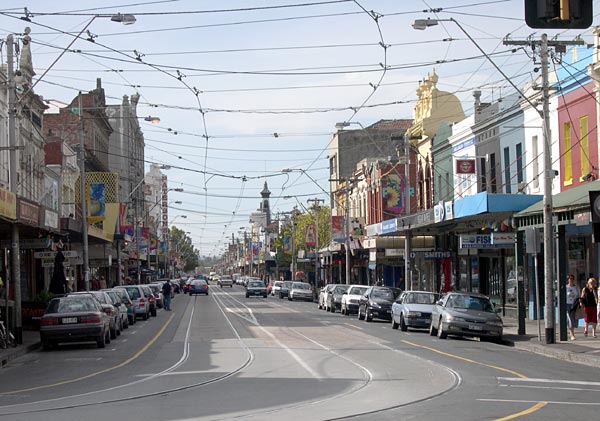 The council claims there are no “glaring deficiencies” in transport services on Smith Street but that it is monitoring the situation and “understands” there are improved tram services planned. Hardly reassuring, when local residents claim you can’t get on a tram that runs up and down the street as it is. This scenario is being replicated in dozens of inner-city suburbs in Melbourne and Sydney, where transport infrastructure is at breaking point.

RMIT professor Michael Buxton, a renowned authority on urbanisation and planning, expects a proliferation of six-to-nine-storey apartment blocks along all Melbourne’s Victorian retailing streetscapes in the next few years with little restriction on height, the number of apartments or their sizes, allowing developers to chase maximum profits. Last year, a developer called Sixth Lieutenant received approval for 28 apartments, some as small as 33 square metres (about four Toyota minivans lined up side by side), on a tiny 142-square-metre site on Smith Street, Fitzroy.

Plan Melbourne, the Victorian government’s so-called blueprint for development of the city to 2050 when the population is forecast to reach 6.5 million, acknowledges the increased congestion on roads and public transport and talks loftily about a long-term plan of developing a more efficient, faster “metro train service” that does not share train lines with regional services.

It’s an admirable vision, but many, many years away, if it happens at all.

The truth is that the Victorian government’s transport plans are lagging far behind huge demographic changes favouring inner-city living, when they should be leading them or at the very least, keeping pace.

But in supposedly the world’s most liveable city, we find ourselves cursing as the train announcer drones on about another delayed or cancelled service. I wonder just how long it will be until those scenes of Japanese passengers being prodded and shoved into trains by uniformed platform officials become part of the daily commute here. It can surely only be a matter of time.

(This article first appeared in the Australian Financial Review.)