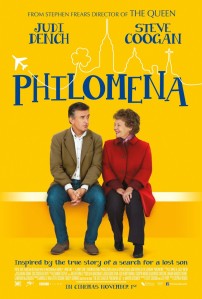 The story of Irish woman Philomena Lee’s search to find the long lost son she was forced to give up for American adoption in the 1950s was made into a moving 2013 Oscar-nominated movie starring Judi Dench as Philomena and Steve Coogan as the journalist, Martin Sixsmith.

I loved the movie (it made me cry) and was intrigued to read Sixsmith’s 2009 book upon which it was based, which I just happened to find on display at our local library one Saturday morning.

I was not disappointed. It is a great piece of journalism and imagination, with Sixsmith piecing the sad story together and retelling it through his conversations with Philomena and all those in America who knew her son, Anthony.

Another good reason to read it, even if you have seen the film, is that it has an entirely different focus.

His story begins, when aged just three he gets on a plane bound for Chicago and then St Louis with his ‘sister’ Mary (a young girl in the convent the Hess family adopted at the same time) for a new life in America.

He leaves behind a heartbroken Philomena, whose story Sixsmith (somewhat frustratingly) does not return to until the last 30 pages of the book. By that time almost 50 years have passed since she watched Anthony be driven away from the unwed mothers and babies home at Sean Ross Abbey in Roscrea near Dublin.

Philomena yelled ‘Antony! Look up here! and Margaret (Mary’s mum) banged on the window. But the noise of the engine seemed to blot out their voices and neither child responded. As the car pulled away, Philomena wailed, ‘No! No! Not my baby. Don’t let them take my baby. And at that precise moment Anthony twisted in his seat and climbed up to peer through the rear windscreen.

The book begins in 2004 when Martin Sixsmith meets Philomena Lee through a mutual friend. The previous Christmas she had broken down and finally told her grown-up children they had a brother living in America.

Having agreed to help her find her son, Sixsmith plunges the reader back into repressive Ireland of the 1950s and the silence and servitude of Sean Ross Abbey, where Philomena gives birth miracously to Anthony, who is a breech baby. 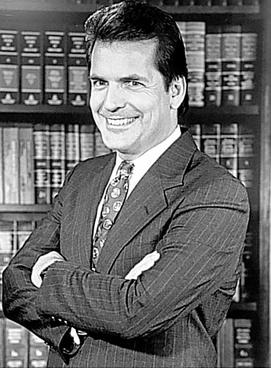 We spend nearly four years with Philomena in the cold-hearted confines of the abbey, where she is forced by the nuns to sign away her motherly rights to her son, and where she must work long hours in the intense heat of the laundry awaiting the day when he will be ripped from her, without notice.

In a cruel twist of fate, the Hess family (whose story Sixsmith also tells in great detail) had only planned to adopt Mary, but because Anthony is her protector and because he is such an affectionate child, they decide to adopt him as well.

Sixsmith goes into great detail describing the cruel forced adoption system that existed in Ireland in the 1950s, where the government, under the complete control of the Catholic Church, allowed up to 60,000 illegitimate children to be ripped from their young mothers against their will, and given to American familes in exchange for hefty donations.

Then over the next 300-odd pages Sixsmith combines his talent as an investigative journalist with the imagination of a master novelist to tell the story of how Irish adoptee Anthony Lee became handsome Washington lawyer and powerbroker Michael Anthony Hess, who by his mid-thirties had risen to be chief counsel of the Republican National Committee, one of the most powerful legal positions in the country, who hobnobbed with the political elite including the Reagans and the Bushes (Look him up, he has his own Wikipedia page).

Through Sixsmith’s book, we learn that Michael Hess, despite his professional success, could never come to terms with the idea that he had been abandoned by his mother (the truth, that she was forced to give him up against her will was kept from him by his adopted family and by the nuns of Sean Ross Abbey).

Despite years of counselling, he suffered what I imagine is the classic abandoned child’s dilemma of believing he never deserved the success, love and happiness that came his way because even his own mother had not wanted to keep him.

Amid the trials and tribulations of his young adult life, Michael Hess decides to visit Ireland in 1977 in the hope of finding out who his mother was and possibly even meeting her. But after what turned out to be a fruitless and frustrating visit, Sixsmith writes that Michael Hess turned to “hopelessness and self-loathing”.

Now all the setbacks and rebuffs seemed to him the result of his own inadequacy: the orphan’s rootless insecurity, his sense of not belonging, left him feeling adrift, helplessly tossed by life’s tempests.

The story of Michael Hess – as told by Sixsmith – is of epic highs and sinking lows. Sixsmith paints a picture of a man who was both brilliant, funny, charming, warm and tender, but who could come spectacularly off the rails and descend into heavy drinking and promiscuity. By day he was involved in shaping the crucial redistricting laws that would change the course of political power in the future, but by night he often cruising gay bars for casual sex.

Sadly for Michael Hess, his bouts of wild sex with strange men would prove his downfall; coinciding with emergence of the AIDS epidemic in America and the reluctance of the Republican Party of Ronald Reagan to do anything to address what was then considered a gay man’s disease.

In another ironic twist, Michael Hess’s quest for acceptance and success in America led him to serve a political party, which, delayed the start of medical research, which might have saved his life.

While the book proved controversial (aspects of it have been discounted by those close to Michael Hess) if you take it at face value its a wonderful retelling and re-imagining of Michael Hess’s life by Martin Sixsmith, and a fitting tribute to the son that Philomena Lee so tragically never got to see again. 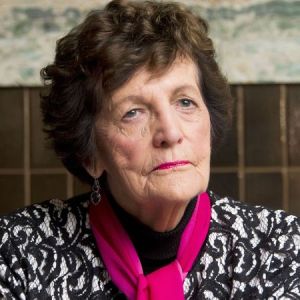 However, it seems an injustice that so few pages of the book were devoted to Philomena’s story, a formidable and brave woman.

I suspect this is partly due to the fact that she lived a mostly unremarkable life after she left the abbey – marriage, children, domesticity – especially in comparison to the amazing life her son Anthony lived in America.

In that sense it is pleasing to think that a Hollywood movie has shined the spotlight so brightly on her again, and it seems, turned her into an important figurehead for all the women in Ireland, who had their children ripped from them so cruelly.

And while Philomena Lee was horribly robbed of the chance to know her son as the brilliant man he became because of a merciless system, there must be some comfort for her in his life coming alive so vividly in the pages of Sixsmith’s enthralling book.