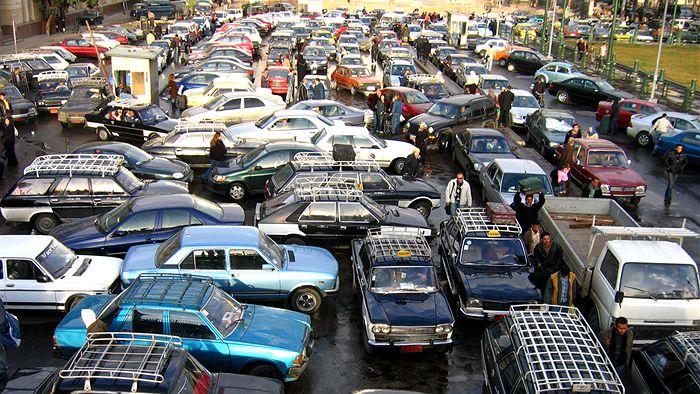 Gridlock: where Melbourne is heading

Melburnians love to crow about Melbourne’s long-running status as the world’s most liveable city.

Melbourne has ranked top city in the world for the last four years in a row according to the Economist Intelligence Unit’s liveability survey – with Sydney a lowly seventh.

Melburnians rightly love to lord it over Sydneysiders and other global city dwellers, but I’m afraid our world’s best status is fading fast.

I could point to a hundred different articles (try this one on urbanisation by Fairfax economics writer Ross Gittins) or extensive research data to explain that we are building upwards at such a rate but without the necessary investment in transport infrastructure to get everyone to and from work, schools and the shops.

My own daily commute into work is a good case study of the looming chaos that awaits. It begins with a short 15 minute bicycle ride from my home in Niddrie in the northern burbs to Essendon Station, where the Craigieburn line stutters along towards the city, 15 kilometres away.

What a year ago was a pleasant cycle down a quiet backstreet, where I could drift off into my own thoughts, is now a busy road packed with frustrated people-movers, utes, sedans and station wagons, who weave past me in desperation to avoid the gridlock on the main thoroughfare, Keilor Road.

Even this far out from the city, any vacant lot, deserted car yard or decrepid office building is giving way to an apartment block with dozens of units crammed on top. On the quieter streets, old houses have been bulldozed and replaced with three townhouses.

At Essendon Station, Rose Street is most days clogged with cars and buses while the train platform is just as crowded, heaving with already weary-looking fellow commuters. 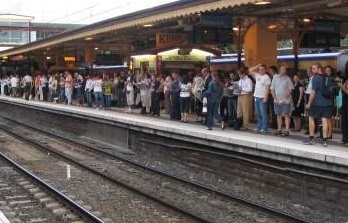 There’s a collective groan as the citybound train pulls in and commuter’s faces stare back from inside carriages, pressed against the glass.

And that’s on a good day when there isn’t a dreary announcement about a train cancellation forcing two sets of commuters onto the same train, resulting in carriages packed so tightly you fear getting an itch you could never scratch.

Finally, twenty minutes later we pull into Southern Cross station. I extract my head from under a stranger’s armpit, apologise for inadvertently rubbing my backside against a pensioner’s bald head (hey, at least they got a seat), exhale, and make my way towards the escalators and the exit. Here a gang of transport Gestapo (train police) are usually standing by ready to spear tackle the elderly, children, mothers with babies and minority groups, should they have forgotten to swipe their Myki card.

Lucky for me I fit none of those categories. 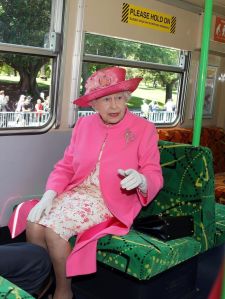 Fit for a queen? I think not!

Yet more fun awaits me later in the day when I hop onto a tram on Collins or Bourke Street for a meeting uptown – the geniuses who came up with the idea of free CBD trams seemingly did not factor in that every man, woman, child, homeless bum and confused tourist now chooses to take a tram rather than walk a city block.  Tempers flare as we all contort ourselves into weird shapes and postures. The tram driver, oblivious to the gang of drunk vagabonds that have boarded the train with shopping trolleys, four large dogs and a spicey pepperoni aroma, yells out that he won’t close the doors until we get off the steps.

Cursing under my breath, I decide to walk back to the office from my meeting…

Melbourne’s crown is slipping as the city grinds towards eventual gridlock.

Anyone who takes a bus, train or tram – or is crazy enough to drive into work – can surely see that for themselves. The old cliched saying of “what goes up, must come down” applies when “up” means high rise apartments and “down” means liveability without investment in public transport