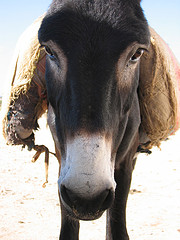 As coal mining billionaire Clive Palmer tucks into his next big breakfast on his private jet, I wonder if he is beginning to feel like something of a political outsider.

According to a report in the Sydney Morning Herald, Queensland’s richest man is currently deciding whether to retain his membership of the Liberal-National Party following his attacks on the Queensland State Government over its decision to increase mining royalties and his stoush with Federal Liberal leader Tony Abbot (over a number of things including asylum seekers and paid political lobbyists).

It’s all gone for sour for Clive Palmer and the Liberals after earlier plans for him to seek pre-selection in the Queensland seat of Kennedy and take on Bob Katter.

If he does part ways and ditches his long standing Liberal membership it will bring to an end many decades of support and lots of financial backing too.

But the question remains then, who will Palmer back politically?

Looking at the major political parties, there’s not much to entice Palmer:

There’s the Labor Party – no chance given Wayne Swan and his mining super tax and Julia Gillard’s carbon tax.

And the Greens? Let’s face it, there’s no way a coal mining magnate is going to ever get into bed with a party committed to the environment and renewable energy.

But even when it comes to the minority parties, there is little to entice Palmer.

There’s Bob Katter’s Australian Party, which you think might have some appeal given its opposition to the carbon tax, desire to protect state assets and wish to rebuild Palmer’s beloved Queensland.

Unfortunately earlier plans for Palmer to take on Katter in his seat of Kennedy as an LNP candidate resulted in Katter publicly ridiculing Palmer’s size and poor physical condition and suggesting he’d never survive the rigours of political warfare.

There’s the One Nation Party – unlikely given Palmer’s humanitarian views on refugees, Chinese business affiliations and desire to attract Asian big spenders to his growing hotel and resort empire.

What then? The Country Alliance? Family First? The Help End Marijuana Prohibition (HEMP) Party? The Sex Party? I think not.

The thought did cross my mind of a mining magnate coalition party with Australia’s other notable mining magnate and self-appointed “mother of the nation” Gina Rinehart.

But that’s unlikely after Rinehart suggested we all give up drinking, smoking and socialising and work a little harder (while earning less).

Which really leaves Palmer with no other option but to either start up his very own political movement or do what many Australian might end up doing at the next federal election – given the current dissatisfaction with most political parties – and cast a donkey vote!