My cousin Maureen loves telling the story of how she flew to New Zealand in the 1980s and upon landing in Auckland, the pilot announced over the intercom:

“Welcome to New Zealand, please turn your watches back 30 years.”

It was a great line and always made me laugh.

But now it’s no so funny as I suspect Qantas may be forced to play the same message to new arrivals to our shores given the changes that are afoot since the new Abbott government placed Australia “under new management”.

Our new prime minister surrounded himself with his attractive daughters, his wife and other powerful women in an attempt to appeal to female voters during the election campaign, but now that he’s won office its men in grey suits who are running the country. The feisty Julie Bishop is the only woman in cabinet, the rest are all grumpy old men, intent on returning Australia to the conservative values of the king of grumpy old men, John Howard.

Of course the corridors of female power are not assisted by the like of dowdy old Bronwyn Bishop, the Liberal member for Mackellar and someone with the fashion sense of Margaret Thatcher, who said it wasn’t Mr Abbott’s fault he could choose only one women in his cabinet (and just six out of 42 in his ministry), because he had to choose on merit, meaning no other women were good enough to be placed in senior leadership roles.

Give the environment a good kicking

With this single act, the new government broadcast its message loud and clear:

We don’t believe in climate change. We’re not interested in the environment.

What it means is that a lot more of Australia’s natural vegetation and eco-systems will fall by the way side to assist the mining industry. Prime minister Abbott is taking his cues from the ultra-conservative Queensland government, demanding that more farmland be given over to coal seam gas exploration. This at a time when even the rapidly industrialising Chinese economy is looking to reduce its carbon footprint alongside that of the US.

The new age of secrecy

Perhaps, most shocking in an age when government’s are being urged to be more transparent and open, that the new government should seek the pull the wool over its own citizen’s eyes. This was most evident in new “go back to where you came from” immigration minister Scott Morrison’s pledge that “there will be no information about whether [asylum seeker] boats are turned around” 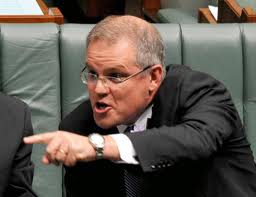 Scott Morrison, a “Pik Botha” of his era

“That goes to operational matters that, whether they affect current or future operational activity, you will not be getting commentary from this podium or that podium either way on those matters,” said Mr Morrison in garbled politco-speak that could have come straight out of the mouth of apartheid-era South African foreign minister Pik Botha.

But let’s not kid ourselves – Mr Morrison is no lovable rogue. Old Pik at least had some dour charisma and was happy to give something back under Nelson Mandela.

Mr Morrison has gone to war with asylum seekers and “lefties” who seek to give them a fair go.

These are but three examples in just a few weeks of government, and no doubt more will come (One more example: The Abbott government is attempting to block the ACT government from legalising gay marriage).

Yes, we have a government that’s united. But in what common cause?

To set us on a course for barren shores?

Are we, in the words of Withnail as a nation: “drifting into the arena of the unwell, making an enemy of our own future”? 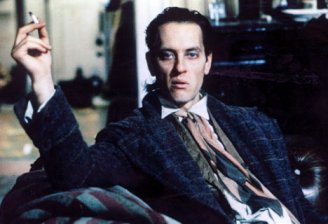 Withnail, drifting into the arena of the unwell

“What we need is harmony, fresh air, stuff like that,” Withnail goes on to say.

But I fear the air will become clogged with the foulest of fumes.

NO DESPAIR WITH LIFE AND NO LIFE WITH DESPAIR . Email: dr.fawzyclinic2019@yahoo.com

My Year Of Grace
Attila Ovari

Loving Life and Inspiring Others