Recently, a memory resurfaced after years lying dormant in my befuddled brain.

It was of a long weekend in London, that has stayed with me I think because I spent the three or four days of its duration almost entirely on my own.

I don’t recall the month or year, but it would have been around 2003 (I lived in London from 2000 to 2004) and probably in summer, as my memory is of it staying light till late.

The emotions that accompany memories of that brief period in my life are: loneliness, contemplation, poignancy and a strange feeling of pleasure. This last feeling I connect to the enjoyment of my own company and the absolute freedom to do as I pleased for 72 or or more hours.

At 46, balancing the demands of family and work, the idea of having all that time to just wonder about at my leisure, exploring new streets and old lane ways in that ancient city, idling away my time over coffees and beers, is hard to fathom.

Foolishly, I have dived straight into a pool of warm nostalgia regarding my London days, trying to reconstruct that distant weekend.

Most of the details have disappeared with just a ‘sense of things’ dangling before my eyes. Here I must resist the urge to use some corny poetic metaphor such as ‘like dust dancing through a ray of sunlight in a quiet room’ but its true, my recollection is both tangible (and potent) and intangible (and elusive).

Who knows if what of the little I remember of that weekend actually happening or is nothing more than a wishful re-imagining of events, moments and places, like how one constructs fragments of a quickly disappearing dream upon waking up.

So what do I recall of that lonesome and lovely long weekend, long ago?

I remember (quite distinctly) that almost everyone I knew – friends and family – were out of town or worse, not seeking my company, leaving me to my own devices.

I remember that the weather was good, and that I was outdoors a lot, exploring previously undiscovered parts of North London, not far from my home base, a flatshare above a kebab shop on Brent Street, Hendon and one floor up from Harold Schogger’s Bridge Club (also my landlord). 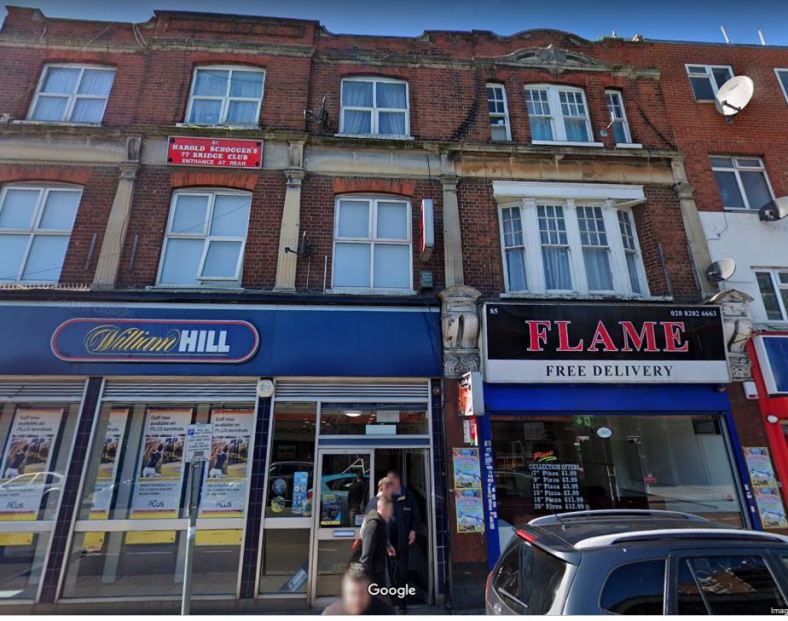 My flatshare above the kebab shop (third floor) in Hendon

I recall almost for certain that I walked up Primrose Hill opposite London Zoo (a feature of many London movies) and took in the famous view across to the city (now with so many more skyscrapers).

Later, I am almost certain, I explored the nearby cobbled streets lined with stately Victorian terraces, the homes of rock stars like Oasis’s Noel Gallagher and movie god  Jude Law and his former wife, the actress Sadie Frost

More than likely, I was descending into London’s rich literary history, seeking out the Blue Plaques, which commemorate the homes where famous residents once lived.

At the time I was quite obsessed with Sylvia Plath (her plaque is at 3 Chalcot Square in Primrose Hill not far from where she gassed herself  at 23 Fitzroy Road), the doomed poet whose biographical novel The Bell Jar I read so intently in London.

I even memorized one of Plath’s poems (a feat I have never yet attempted since) – ‘Lady Lazarus’ – about her numerous suicide attempts.

I had experienced something of a mental breakdown of my own – panic attacks mainly – and was undergoing therapy which I think explained something of my fascination with Plath and her poetry and prose.  Perhaps that also accounted for my solitary status that long weekend. Depressives reciting Sylvia Plath poems out aloud are not usually magnates for social invitations.

This state of mind – a search for meaning of some kind – had no doubt encouraged my interest in the more morbid side of literature more generally. I recall reading a book about Plath and suicide called ‘The Savage God’ by the English Poet Al Alvarez (who Wikipedia tells me died in September aged 90) and enjoying long periods of introspection. (I was also doing yoga at the time, one evening a week in an old church building in Hampstead and falling asleep, accompanied by snoring, during the meditation at the end of the class).

But I am digressing from that London long weekend to general London nostalgia.

Like an iceberg, I only remember a fraction of what floats above the surface of my conscious mind: memories of walking past the still, dark green waters of canals, walking over bridges to peer down at the boats and barges below, a sandwich at Pret-a-Manger, maybe a gelato at that Italian place near the Chalk Farm tube station. Maybe Nandos?

Whatever did or did not happen, I am there, on my own. A backpack, glasses, comfortable walking shoes, lost in my own thoughts, searching for those blue plaques. Perhaps George Orwell‘s at 50 Lawford Road, Kentish Town or Dylan Thomas at 54 Delancey Street in Camden Town or William Butler Yeats at 23 Fitzroy Road in Primrose Hill.

Perhaps I walked all the way up to from Camden Town, through Chalk Farm, past the trendy cafes and shops of Belsize Park and into Hampstead Heath, that giant, sprawling, and in parts wonderfully untamed London park for a bit of wander.

Then finally, as the sky darkened, on the tube or bus (route 113 or 13) home to my grubby flat in Hendon, stopping for a greasy kebab and then relaxing on the blush blue sofa, perhaps smoking a joint offered by a flatmate, flicking the through the endless channels on Sky TV. 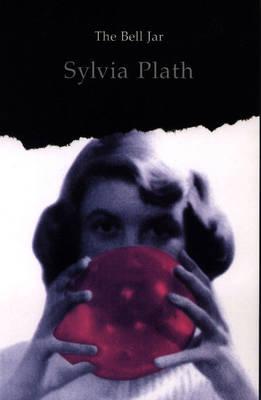 The Bell Jar is the only novel written by the late, great American poet, Sylvia Plath, who committed suicide aged 30 in 1963, a month after it was published.

I had read the book, which chronicles a young woman’s mental breakdown,  a long time ago, whilst living in London. Battling my own mental health issues at the time, I found it a balm against my own inner torments.

Then, recently, whilst browsing a pile of books offered for free at the local library, I came across a copy of The Bell Jar. Curious to see what kind of effect it had on me 15 years later, in a much better frame of mind, I snapped it up and re-read it – twice.

Set in the summer of 1953, it tells the story of Esther Greenwood, an attractive young writer and aspiring poet (the fictional version of Sylvia Plath) from the quiet suburbs of Boston who finds herself – for the first time – in the Big Apple. Esther is there because she, along with a host of other bright, young girls, has won a writing competition to spend a month working for New York fashion magazine,  Ladies Day.

Written in the first person, in the confessional style of a diarist, Esther begins:

It was a queer, sultry summer, the summer they electrocuted the Rosenbergs, and I didn’t know what I was doing in New York

Esther knows something is wrong, because instead of having the “time of her life’ amid the glamorous lifestyle of lavish lunches, movie premiers and photo shoots with her new, excitable friends, she’s thinking about  Julius and Ethel Rosenberg, the American couple accused of spying for the Soviet Union and who were executed for treason in June 1953.

Esther’s already fragile state of mind grows increasingly more cynical and gloomier during her stay in Manhattan as she encounters situations and people that frighten, disappoint and disorientate her: a wild night out with her rebellious friend Doreen ends up with Esther feeling like the “only extra person in the room”, a lunch where she deliberately over indulges on caviar ends with Esther suffering an awful bout of food poisoning while her plan to seduce the kindly United Nations simultaneous interpreter Constantin, ends in failure.  Then, on her last night in the city, she is viciously attacked at a country club by her date and narrowly avoids being raped.

Staring out the window of her hotel room at the “weird, green, Martian Honeycomb” shaped United Nations building on her last night, Esther muses:

The silence depressed me. It wasn’t the silence of silence. It was my own silence.

She goes on to say…

The city hung in my window, flat as a poster, glittering and blinking, but it might just as well not been there at all, for all the good it did me.

Esther’s poetic narration reminded me of Holden Caufield, the rebellious anti-hero of JD Salinger’s The Catcher in the Rye, who wandered around Manhattan calling out all the ‘phoneys’ in the world. Esther, like Holden Caufield, can spot a phoney a mile away and she finds nothing inspiring in the glitz and glamour of Manhattan life.

The day after Esther is nearly raped at the country club, she takes the train home, her face covered in claw marks. This marks the start of second part of the book: Esther’s return to the outer suburbs of Boston and her mother’s house.

Here the ‘Bell Jar’ starts to descend over her after she hears she has not been accepted into a summer creative writing program.

I sank back in the grey, plush seat and closed my eyes. The air of the bell jar wadded around me and I couldn’t stir.

The Bell Jar – a vessel used in scientific laboratories to form and contain a vacuum – is the way Esther visualizes her suffocating depression as a physical barrier that traps and holds her swirling, darkening cloud of suicidal thought, with no means of escape.

The shape of the Bell Jar is also mirrored in Esther’s aborted suicide attempt, when she tries to sink under the ocean whilst swimming to a rock far out to sea ,and then later  when she hides herself in an alcove underneath her mother’s house and takes an overdose of slipping pills.

Miraculously Esther survives, but ends up in successive psychiatric hospitals,where she undergoes electroshock therapy, a treatment she describes in all its clinical detail, evoking through her poetic imagery, the horror of the experience:

There was a brief silence, like an indrawn breath.

Then something bent down and took hold of me and shook me like the end of the world. Whe-ee-ee-ee-ee, it shrilled through an air crackling with blue light, and with each flash a great jolt drubbed me till I thought my bones would break and the sap fly out of me like a split plant.

I wondered what terrible thing it was that I had done.

While this may seem like a demoralising book to wade through from start to finish, it has the strange, reverse effect of being life- affirming.

This I put down to the brilliance of Plath’s writing, which is full of the powerful imagery that made her poetry so magnetic and Plath’s ability to draw deeply from the well of her own personal experiences of dealing with severe depression to bring Esther’s mental state so vividly to life.

Few writers have given us such access to the inner workings of the young, intellectual mind, brilliant and yet so vulnerable to collapse as through the character of Esther Greenwood.

The truth is that just about everyone is susceptible to losing their mental footing, to slipping into despair, to doubting their own cognitive faculties.

It is of course a profound tragedy though that writing the book did not provide enough of a cathartic experience for Sylvia Plath to sustain her own will to live.