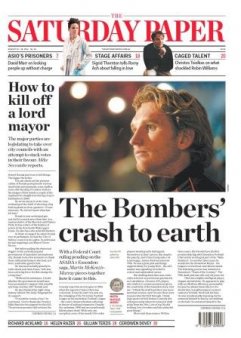 There were more than a few raised eyebrows (and conservative commentators choking on their muesli) when property developer and left-wing publisher Morry Schwartz launched The Saturday Paper roughly six months ago.

Schwartz, who also publishes features magazine The Monthly and long-form politics bible The Quarterly Essay (and in his spare time runs developer Pan Urban) said in March he saw an opportunity to enter the newspaper space with Fairfax and News Corp Australia “at their weakest”.

He said The Saturday Paper would target “readers like me”  meaning presumably forward thinking, inner city liberals with good jobs and good educations and that its launch fulfilled a 40 year ambition to have his own newspaper.

But is it any good?

Last week, I picked up a copy in Readings bookshop on Lygon Street, Carlton and ready it cover to cover.

Schwartz has hired an impressive stable of former ABC and Fairfax journalists including Mike Seccombe, who is the paper’s Sydney editor, Richard Ackland, its diarist and legal affairs editor and Helen Razor (Crikey among others) who is the paper’s television and gardening critic.

As for the content, there was a lot to admire about the package of stories in the issue I read. Even if you’re political persuasions are right leaning, you’d find a number of articles of interest. 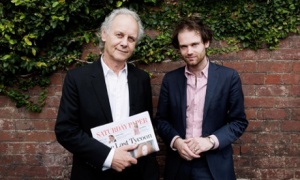 The lead story was about the Essendon drugs saga and ensuing court room battle as told by chief correspondent  Martin Mckenzie-Murray. Schwartz has talked about “narrative” journalism and this was the first article I had read on the subject that actually told the story of how James Hird became the Essendon golden boy and his dramatic fall from grace. Having only come to Australia in 2004, I finally understood the hero-worship.

The second cover story was about the battle to usurp power from Sydney Lord Mayor Clover Moore. Written by Mike Seccombe, it’s the classic ‘People’ versus “Big Business’ tale with Moore pitched against right-wing adversaries including shock jock Alan Jones and ultra-conservative homophobe the Reverend Fred Niles. It’s a ripping yarn about power, influence and revenge.

Canberra journalist Chris Wallace provided thought-provoking analysis of the recent troubles of Federal Treasurer Joe Hockey, arguing convincingly that Hockey is part of a new breed of privileged Liberal politician, who unlike John Howard, are out of touch with the Australian public because they’ve never had a non-political job in their lives or ever known what its like to be a battler.

David Marr’s comment piece on asylum seeker rights – centred around a Pakistani shopkeeper thrown into detention following a negative ASIO assessment – was as expected, eloquent and powerful. Guy Rundle did a good job savaging the recent gaffs by government ministers.

Another standout was Chris Tsiolkas’s tribute to Robin Williams, which dispensed with the gushing praise, highlighting instead the many bad films Williams made and pointing the finger at Hollywood  for lacking the courage to give him roles that showcased his prodigious talent. It’s the kind of observation that alone justifies the $3.50 cover price.

Just to prove that The Saturday Paper is not just full of the “usual mawkish left-wing pieties” as The Australian’s editor, Chris Mitchell suggested it would be when it launched, there  was also a very interesting profile of Anthony Cappello, Australia’s most successful publisher of ultra conservative books.

Thankfully, not everything had a serious tone. Helen Razor wrote hilariously about the challenges and obsessions of those that grow their own tasty tomatoes  while basketball star Liz Campage made a good Q&A subject. There was a recipe for shakshouka and observations about the dish from chef Andrew McConnell plus book reviews and other bits and pieces. The cryptic crossword by Mungo MacCallum was beyond my abilities.

There are disappointments too.

Romy Ash’s on-set interview with actress Sigrid Thornton was pretentious, dull, waffly and full of self-important actorly observations that made you wince while Richard Ackland’s diary piece was too insidery and obscure to be of any interest to this humble reader.

Overall though, I’d say The Saturday Paper is definitely worth picking up on a Saturday morning to dip in and out of over coffee over the weekend. It was quite harshly judged when it launched in March, but editor Erik Jensen said it would take time to find its feet, and it appears to have done so (with plenty of high-end advertising thrown in too.)

Overall, I give The Saturday Paper 8/10 for the quality of the writing, choice and range of subjects and knowledge imparted  – or 6.5/10 if you’re a conservative reader.