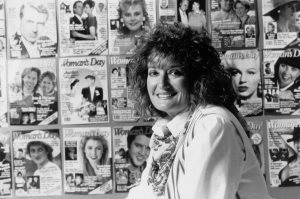 Nene King in her heyday

When the sad decline of Australia’s former magazine publishing queen Nene King made headlines again in February, it brought back memories of a former life, when I edited a mortgage broking magazine in Sydney called Australian Broker.

It wasn’t Nene King who trigged memories of those days, but mention of the man she was suing in County Court, Colin Hahne, a friend and former housemate, whom she claimed defrauded her of $40,000 and took advantage of her generosity, and whom she had tried to sue for a far bigger amount in 2013. (In the end Hahne, 46, was cleared of all charges).

I remembered, in about 2006, the rather sensational story that broke across the mortgage  industry, and which we reported in our magazine, of the rise and fall of a ‘Col Hahne’ an award-winning mortgage broker, who founded GAL Home Loans, a service specifically tailored to servicing gay and lesbian people seeking mortgage finance.

Founded in Melbourne in 2000, and inspired by Hahne’s own experiences of homophobia growing up the country town of Wangaratta, GAL Home Loans became a massive success, spawning offices in Sydney, Geelong, Adelaide, Brisbane and Perth.

In 2003, Col Hahne picked up a string of industry awards at the Australian Mortgage Awards, including Best Brokerage and Sales Person of the Year, after personally writing $90m worth of home loans. He was also named Operator of the Year in 2005 by the Mortgage Industry Association of Australia (later renamed the MFAA), the peak industry body.

In a 2003 interview with The Star Observer, Sydney’s newspaper for the gay and lesbian community, Hahne said he felt overwhelmed at winning so many mortgage awards – “I didn’t think we had a hope,” he said, as he talked about his passion for giving back to the community:

“I just feel that the more you throw back at a community, the more they’ll support you and the better it is for everyone concerned,” he said. 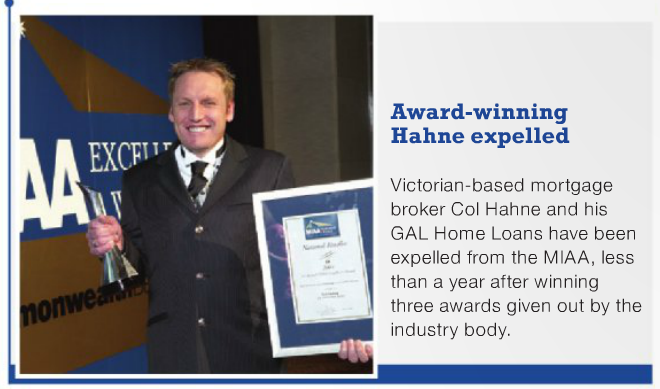 Then just as suddenly as his career had surged, it came to a crashing halt. In July 2006, GAL Home Loans and Col Hahne were expelled from the MFAA after an independent tribunal found GAL Home Loans had breached its code of practice.

The MFAA did not disclose the reasons for his expulsion, but it soon emerged that Hahne was being sued by the organisers of the Sydney Mardi Gras over an alleged breach of a three-year sponsorship deal.

GAL Home Loans collapsed in 2007 and a court-order to wind-up the company and appoint a liquidator was made in 2011.

So what became of Col Hahne? Was he the same Colin Hahne, who became a close friend of Nene King, whom she referred to as her ‘nephew’ and whom she lavished cars, watches and other gifts.

The answer is an unequivocal yes. They are the same person. 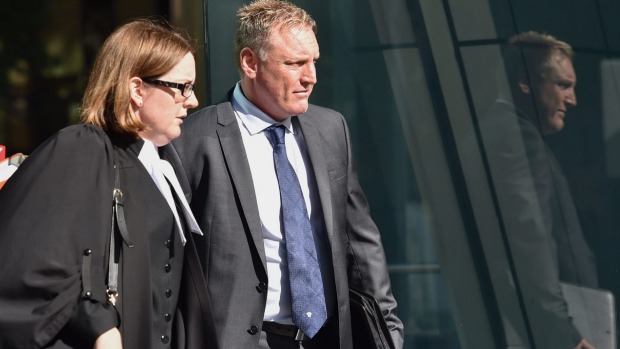 It appears that soon after his business collapsed, Col Hahne met Nene King when he began dating massage therapist Larry Sutcliffe, who smoked marijuana with King.

In her court testimony, King said Hahne told her how he had had 13 companies (the once high-flying mortgage broking businesses) which went bust and that he had no money. She agreed to let him move in with her and Mr Sutcliffe.

The couple moved into King’s Caulfied home in Melbourne South Eastern suburbs, where, according to reports she had lived as a recluse since 2003 having suffered the tragic loss of her husband Patrick Bowring to a suspected shark attack in 1996 and then battled a drug problem and depression.

The trio became a “family unit” as she showered the gay couple with expensive gifts, noting at the trial that Hahne had told her he was a “financial wizard”.

“She continued to pay all the bills for both men before her money started running out and she had to take out a mortgage on her home,” The Age reported.

“We became great friends and I trusted them totally,” King said at the 2013 trial.

Hahne was found not guilty of all 49 theft and deception-related charges, with the court accepting his explanation that he had an arrangement with Ms King to use her credit cards and always did so with her authority.

As the trial near its end, King, who was once the richest woman in publishing having turned around Woman’s Day and made Kerry Packer a small fortune yelled out at Hahne calling him a “ghastly liar”. Later, in an interview, she claimed she was broke.

As for Col Hahne, he left the courtroom after the trial making no comment disappearing into another life, with the media interest squarely focused on his much more famous former friend, the once wealthy and powerful “paper giant” (Made into an excellent ABC movie).

In the end, it was Nene King very sad riches to rags stories that got all the headlines. But  Col Hahne’s own rise and fall as a high-flying mortgage broker, is also worthy of telling, and just as intriguing.