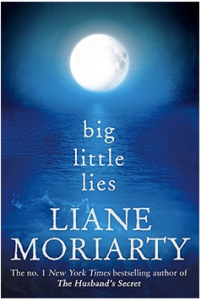 I suppose I consider myself something of a pioneer for reading two novels – Big Little Lies and The Husband’s Secret – by the best-selling Australian writer Liane Moriarty.

Expecting chic-lit drivel, I found them surprisingly engrossing, entertaining and thought-provoking as they delved into dark secrets and lies in modern-day Australian suburbia.

The nearest book I could think by way of comparison was Chris Tsiolkas’s celebrated novel The Slap, with a central plot revolving around a suburban Sydney barbecue where someone slaps another person’s misbehaving child and the ramifications and ripples that flow out as a result.

Moriarty delves into similar territory, but is in my mind the better of the two writers. She’s a more expert crafter of believable characters and more revealing of the psychological landscape of  life in the suburbs.

Both of Liane Moriarty’s books were passed on to me by my wife with recommendations from my mother-in-law and sister-in-law. All three raved about them and encouraged me to broaden my reading habits beyond the  serious-minded Booker Prize winning stuff I tend to get lost in.

Also spurring me on was Liane Moriarty’s inclusion in the Australian Financial Review‘s (the newspaper I write for) Cultural Power List alongside the more well-known provocateurs like broadcaster and journalist Waleed Aly and football great and aboriginal activist Adam Goodes.

The Power List judges noted that Moriarty has sold a staggering six million books and has become a Hollywood player with HBO turning Big Little Lies into a mini-series starring Reece Witherspoon and Nicole Kidman.

Big Little Lies begins with a murder at a High School parents social night at Pirriwee Primary, a fictional coastal town near Sydney.

We don’t know who has died or who the killer is. We only know the suspects  – a motley crew of kindergarten parents – which Moriarty introduces us to as she traces the events over the proceeding months that led up to the fateful night.

Here we meet inspiring women like Jane, a battling  24-year-old single mother, who must defend her son Ziggy from accusations he is a kindergarten bully. There’s also the gorgeous trophy wife Celeste, sickenly abused by her ultra-wealthy husband and Madeline, the do-good mother on her second marriage, struggling to maintain a relationship with her strong-willed, idealistic daughter. 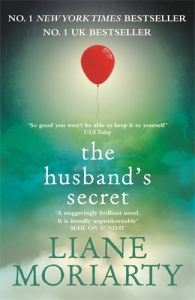 The Husband’s Secret  is a modern-day take on the fable of Pandora and her box. A much darker book, it explores how the lives of three young woman are impacted by the murder a young girl that happened 30 years ago and a letter – found by accident – that reveals a terrible truth.

Here we find Cecilia, the Tupperware selling super-mom whose idyllic suburban life (a bevy of bright and healthy kids, nice house and loving husband) is about to crumble; Rachel Crowley, the still-grieving mother of the murder victim, her daughter Janie, who becomes convinced she has identified her daughter’s killer; and advertising exec Tess, whose husband has just confessed to being in love with her cousin and best friend.

Moriarty creates these intricate little suburban universes set against the familiar backdrop of school playgrounds, teacher-parent meetings and breakfasts in sunlit kitchens populated by characters straight out of our own everyday lives, who must, with great bravery, deal with unexpected events that threaten to destroy their domestic idyll.

As Nicola Wakefield Evans, one of the Power List judges put it: “[Liane Moriarty] talks about everyday life and marries it to a theme that we’re all grappling with – same-sex marriage, multiple-parented children, domestic violence. And she’s a beautiful writer.”

As a man, I think reading these books can only add to the often blinkered macho Australian male view of the world, which still casts women in the role of submissive or victim or emotional weakling. It’s also offers great insights into how women see men.

For women dealing with similar difficult situations as characters in the book, be they single parents, abused partners or just someone who does not understand their husband or their kids, I imagine these books provide a great deal of comfort and validation, perhaps even ways to cope and move forward.

In an interview she gave the Guardian in 2014, Moriarty (who recently turned 50 and has two kids) explained how she drew inspiration from real life stories told to her from other writers and friends. She also revealed herself as someone who has thought deeply about the issues in her books:

“Often I think bullying –especially in its adult, verbal forms – is the sort of thing you don’t realize till the end of the day, and it’s a horrible feeling to realize something wasn’t just a bland statement, but was actually cruel. But then we’re all capable of things that are breathtakingly cruel,” she told the website.

In her fiction, Moriarty has tapped right into the psychology of suburban life: how men and women view each other, how we bury big and small secrets from each other, how we think about our children and other people’s children, how we cling to the past or try to shake it off and how we can sometimes find ways to make peace and move on.