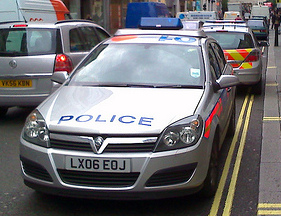 In August 2000 The Guardian reported the story of Dr Yvette Cloete, a specialist registrar in paediatric medicine at the Royal Gwent hospital in Newport, forced to flee her home after “self-styled vigilantes” daubed it with graffiti in the middle of the night.

The vandals wrote the “paedo” across the house she shared with her brother in South Wales, after apparently confusing her professional title of “paediatrician” with that of “paedophile”.

This, I sense, is the type of confused logic and misappropriation of information that has driven some bloggers to howl at the mainstream media for not naming the 83-year-old Australian arrested last week as part of the Metropolitan Police’s Operation Yewtree, set up following the Sir Jimmy Savile scandal.

Newspapers – even the usually forthright ‘name and shame them’ tabloids – have not named this person.

The UK tabloid press usually behave like a bunch of sharks – one sniff of blood in the water and they go into a feeding frenzy, competing for the most attention-grabbing sensationalist headlines, the bigger the font, the better.

But not this time.

Britain’s biggest selling newspaper, The Sun merely published the press statement issued by the police while it’s rival The Daily Mirror went one step further by publishing an interview with the entertainer’s wife – she said it was “easy making historic allegations against showbiz names”- but the paper did not provide clues as to who he may be.

Australian media have gone one step further by calling him “Australian”.

But the only mainstream media outlet (if you can call him that) to explicitly name the person in question is Derryn Hinch, the “human headline”, who has done so on several occasions via Twitter, and seems to have appointed himself judge, jury and executioner even before a charge has been laid.

As have many in that diverse, unchartered universe, the blogosphere.

Bloggers, some with large followings and a significant profiles, have demanded that the main stream press name this individual; that they have in fact a duty to do so.

Their principle source of corroboration appears to be Mark Williams-Thomas, a former UK detective specialising in major sex crimes, who has since become a media personality and television criminology expert.

So what exactly has Williams-Thomas said in relation to this latest arrest?

Breaking : XX XX currently being interviewed under caution at police station as part of #Savile  other #sexual offences

This tweet – four months old – appears to be the primary source of corroboration used by bloggers for naming the suspect charged by last week, after the Metropolitan Police tweeted this:

An 82-yr-old man from Berkshire [‘Yewtree 5’] was arrested today 28/3 on suspicion of sexual offences. He’s been bailed to a date in May.

Williams-Thomas may be right, but it strikes me as strange that he’s not said a word following the Metropolitan Police’s March 29 tweet and press statement about the arrest.

He hasn’t even bothered to retweet it – this being someone who uses their Twitter feed as a channel to name and shames anyone accused or convicted of sex offences.

So it seems bloggers have very little prima facie evidence for naming this person and certainly less, you’d think, than the major newspapers and television networks, who remain defiantly silent.

As to why the mainstream press is keeping quiet for now, there is one very obvious one:

Fresh in the minds of most journalists will be two recent examples of wrongful accusations made against prominent people in relation to child-sex offences.

Last year, the venerated BBC current affairs program Newsnight got it horribly wrong when it mistakenly named Lord Alistair McAlpine, a former adviser to Margaret Thatcher and Conservative Party treasurer, as being linked to child abuse claims in North Wales.

The claims were repeated on Twitter and on other social media platforms.

Lord McAlpine received £185,000 pounds in damages from the BBC plus costs, its director general resigned while those on Twitter who defamed him, have been pursued, including the writer George Monbiot, who had tweeted on the case to his 55,000 followers and who agreed to carry out £25,000 of work on behalf of three charities of his choice for defaming Lord McAlpine.

(I note that one UK blogger, who has outed the Australian personality continues to call Lord McAlpine a “paedo”.)

In another case, just over a week ago, former BBC producer Wilfred De’ath arrested by police last November was freed without charge after claims he molested a 14 year old woman were withdrawn.

And there are others who have been accused of sex offences and later not charged – 11 people have been arrested so far.

Bloggers currently screaming for tabloid headlines to be splashed across newspapers should not be so sure that their relatively small pockets and size protect them from civil or criminal charges should their contentions prove false.

But even more importantly, they should take greater care when a person’s life and reputation hang by a thread.

2 thoughts on “Australian arrested: the mainstream media is right not to name him for now”